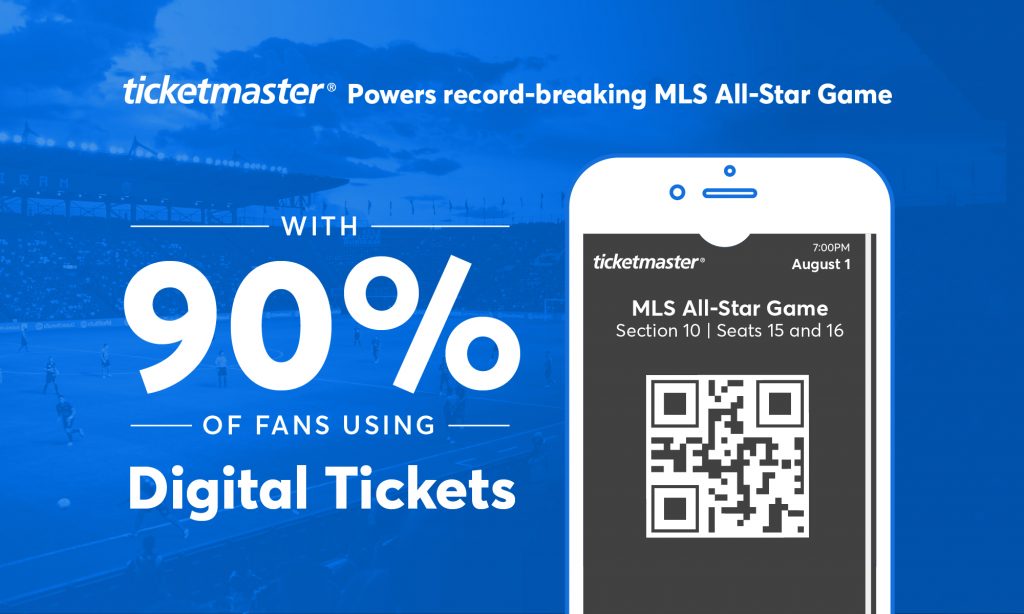 Just this week, Ticketmaster powered the Major League Soccer All-Star Game with a record-breaking 72,317 fans in attendance. This new attendance record surpasses the previous record of 70,728, which was set by the 2010 MLS All-Star Game.

Even more astounding, more than 90% of this year’s soccer superfans used digital tickets to enter the Mercedes-Benz Stadium in Atlanta, Georgia for the game.

With digital tickets, fans arrive to the stadium, and a mobile device is all a fan needs to enter the venue in a streamlined way through a ticket download or digital wallet. If you’ve ever fallen victim to a fake ticket, you’ll be happy to know that digital tickets also reduce fraud – so you won’t miss a second of the action.

Ticketmaster is ecstatic to have made history with our official ticketing partners at Mercedes-Benz Stadium and the Atlanta United FC, which hosted this year’s All-Star Game. More than anything, we’re happy to continue bringing the best ticketing technology to fans like yourself.