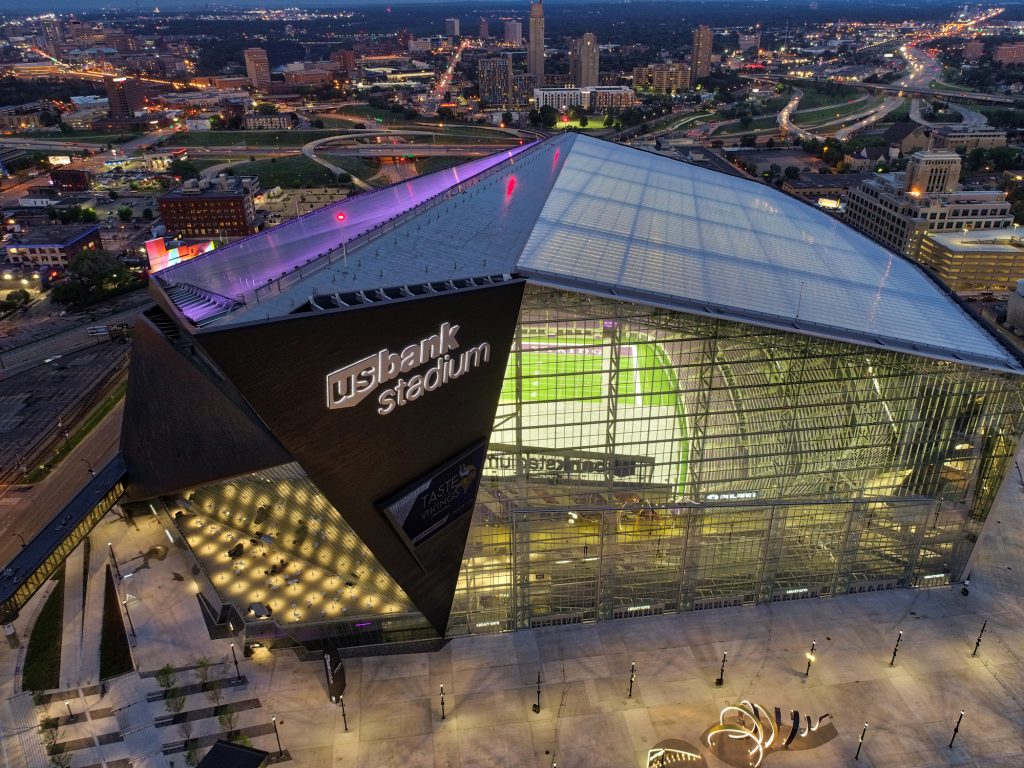 The Minnesota Vikings open their 2019 NFL season at home vs. the Atlanta Falcons (Sept. 8). They have a couple interesting home games against the Philadelphia Eagles (Oct. 13) in Week 6 and the Washington Redskins (Oct. 24) in Week 18 in prime time on Thursday Night Football.

The Vikings have a bye week in Week 12. They get into their NFC North schedule after the bye at home with the Detroit Lions (Dec. 8) in Week 14. They don’t have back-to-back home games all season until their divisional schedule to close the season with the Green Bay Packers (Dec. 23) on Monday Night Football in Week 16 and the Chicago Bears (Dec. 29) in Week 17.

The Vikings, founded in 1960, play at U.S. Bank Stadium in Minneapolis, Minnesota. The stadium seats over 66,000 and opened in 2016. It is the first enclosed stadium built in the NFL since Ford Field in Detroit and it hosted Super Bowl LII. U.S. Bank Stadium includes a translucent roof and glass wall panels to give fans a view of downtown Minneapolis.