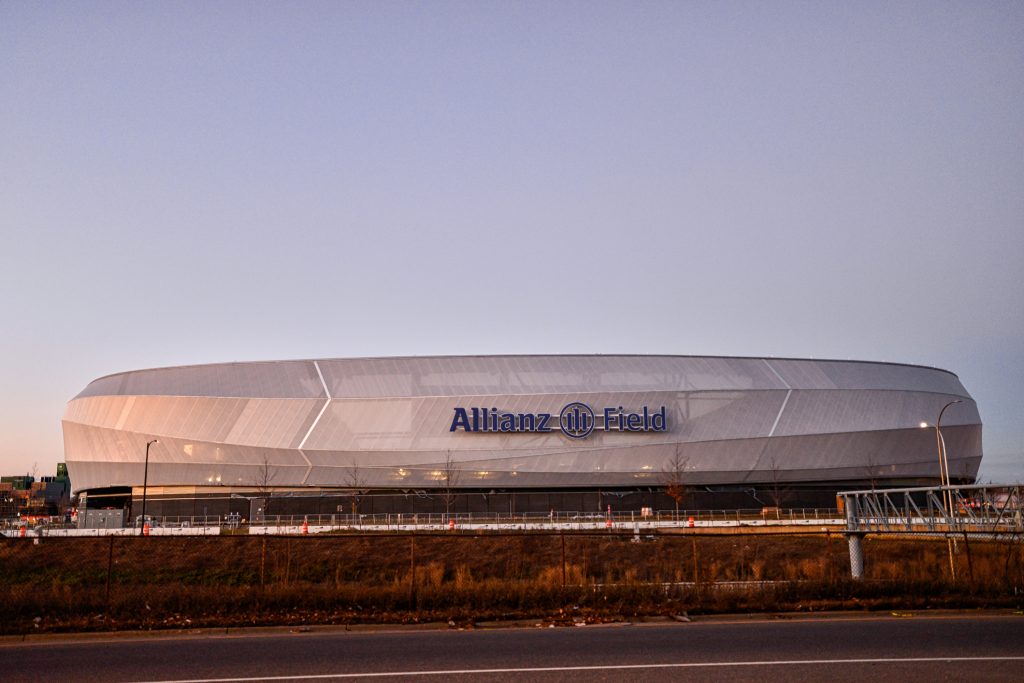 Minnesota United FC’s 2019 season includes 17 home games at the newly opened Allianz Field, but they have to start the season on a long road trip. They play their first five games on the road before christening their new stadium in the home opener against New York City FC (April 13). Other key home games include matchups against Seattle Sounders SC (May 4), San Jose Earthquakes (July 3), and Real Salt Lake (September 15).

Minnesota United FC is one of the youngest teams in Major League Soccer, having joined the league as an expansion team in 2017. For the first two seasons, the Loons (as they are nicknamed) played their home games at TCF Bank Stadium at the University of Minnesota. However, 2019 will mark their first season in a home all their own at Allianz Field.

United defeated Real Salt Lake for their first win as an MLS team and went on to win 10 games in their inaugural season. They followed that by winning 11 games in their second season, and will look to continue improving in 2019.