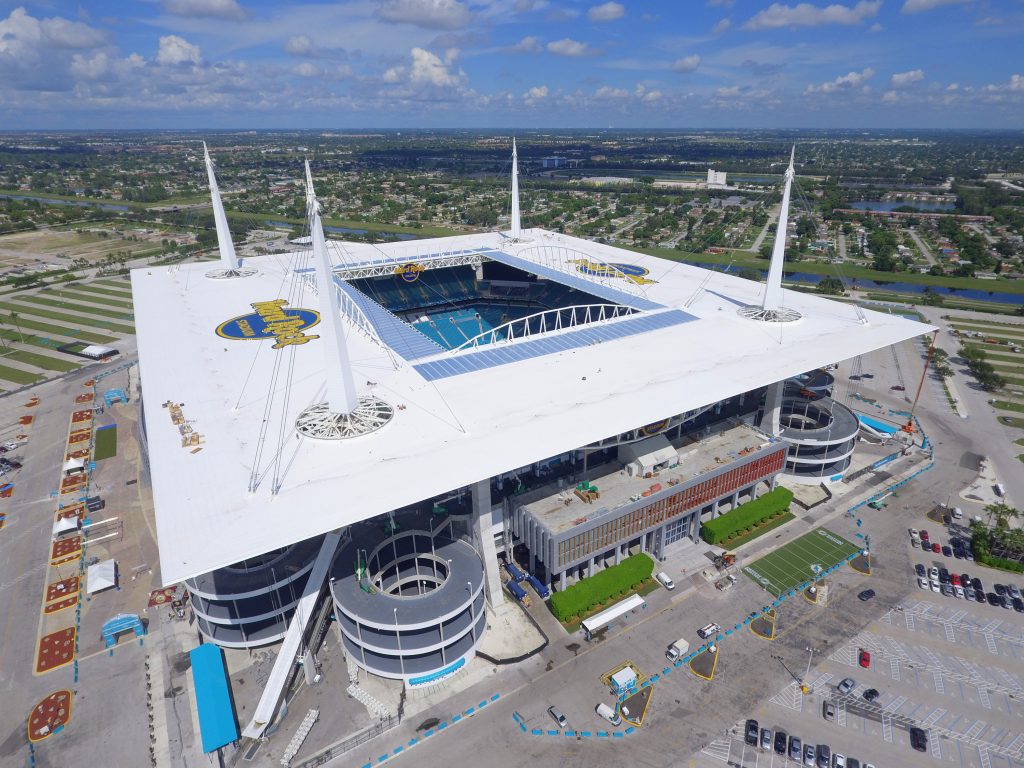 The Miami Dolphins open their 2019 NFL season at home against the Baltimore Ravens (Sept. 8). Head coach Brian Flores will square off against his old team in Week 2 with the New England Patriots (Sept. 15). They face two more teams coming off playoff berths, including Week 4 at home against the Los Angeles Chargers (Sept. 29). Miami gets a much deserved bye in Week 5.

Their other AFC East home matchups include the New York Jets (Nov. 3) in Week 9 and Buffalo Bills (Nov. 17) in Week 11. Another can’t-miss home contest comes against the Philadelphia Eagles (Dec. 1) in Week 13.

The Dolphins, founded in 1965, play at Hard Rock Stadium in Miami Gardens, Florida. The stadium seats more than 64,000 and opened in 1987. The Dolphins are Florida’s oldest professional sports team. The 1972 Dolphins were the third NFL team to finish with a perfect regular season record. That team won Super Bowl VIII and became the first team to appear in three consecutive Super Bowls.