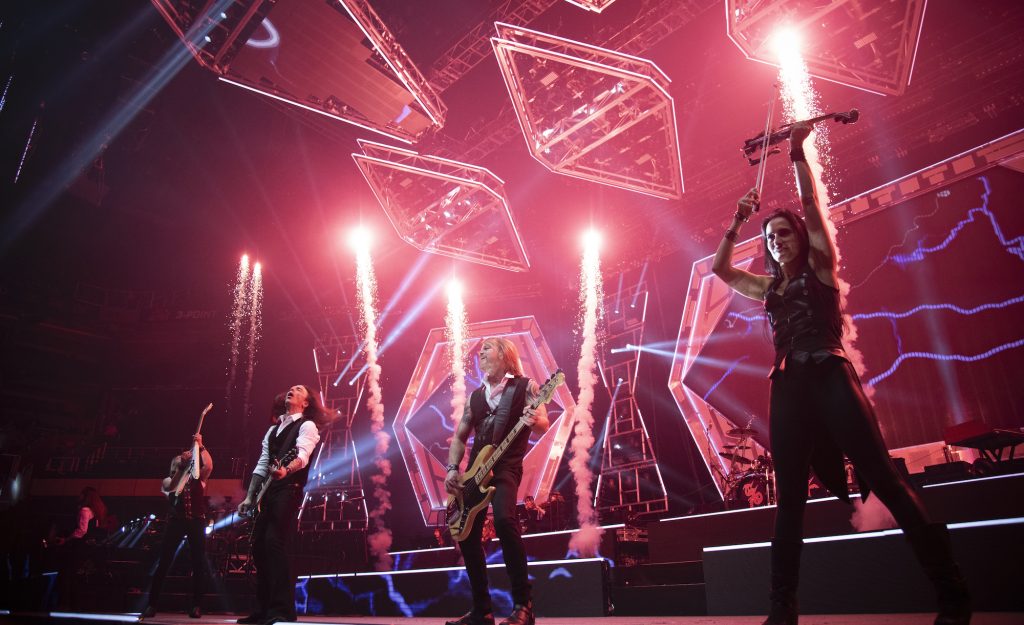 Trans-Siberian Orchestra have been a holiday touring staple since 1999, beloved for their skill at bringing electric rock ‘n’ roll energy to traditional festive music. The troupe’s concerts are a seasonal tradition for many, spreading joy via what feel like large-scale arena rock shows complete with elaborate video, pyrotechnic and lighting production.

Bryan Hartley is celebrating his 20th anniversary as TSO’s lighting designer/director this year, and was more than qualified for the job from the get-go. He cut his teeth working for rock ‘n’ roll bands — in fact, he was Joan Jett’s lighting director/designer for a decade starting in 1985, and he’s also worked with KISS, Megadeth and Anthrax. Hartley is proud of what he’s accomplished with TSO, but is quick to give credit for the band’s success to the late producer/musician Paul O’Neill, who founded the group and dreamed up the stories and music heard on the tours and albums. According to Hartley, O’Neill, who sadly passed away in 2017, was the driving force behind TSO and its ambitious production values.

It’s OFFICIALLY the most wonderful time of the year.🤘🏻 #TSOtime #herewego #tourhasbegun

A post shared by Trans-Siberian Orchestra (@transsiberianorchestra) on Nov 13, 2019 at 1:03pm PST

“I feel like if Paul didn’t do all the music and everything, he would’ve been doing my job,” Hartley says with a laugh. “He loved the lighting and the production just as much as he did the music.

“He wanted to bring the best show to the people, and have people so blown away that they’d go back and tell everybody else [to see the show],” Hartley continues. “It’s amazing what we’ve accomplished. It’s pretty cool.”

Hartley checked in from Toledo, Ohio, on the day before Thanksgiving, just before doing two shows, to talk about how he got into lighting design and what’s new in 2019. 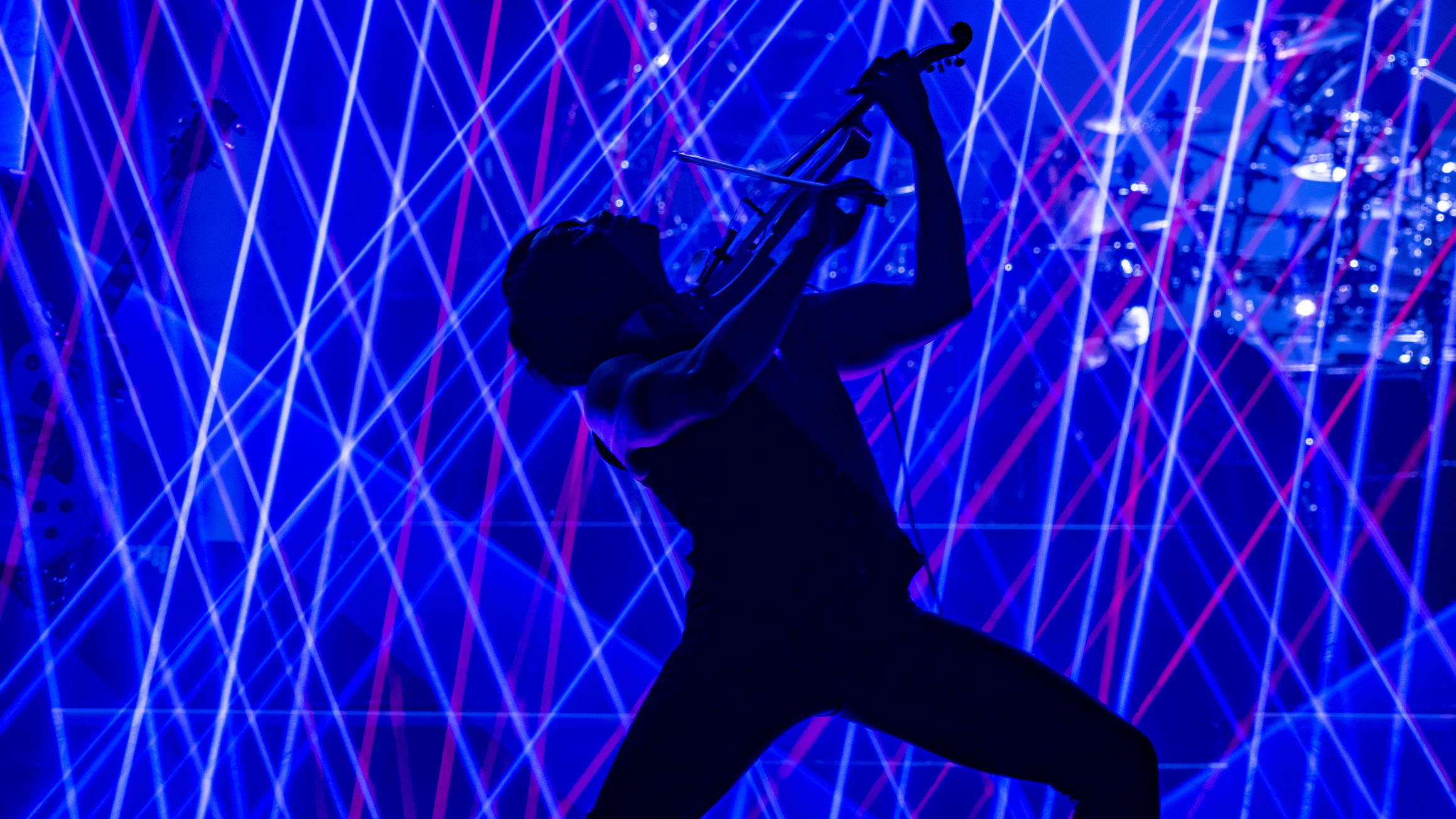 Ticketmaster: How does this year’s tour design differ from past years?

Bryan Hartley: This is the 20th year for me. We’re going back to the story that started it all, Christmas Eve and Other Stories, after about eight years of doing a couple of these other stories of Paul’s. This year was kind of special, because I never got to tell [Christmas Eve and Other Stories] with my lights, video, and the productions that I have today. That’s pretty cool.

With me and TSO — for me to design the show — it’s all about the story. How can I tell Paul’s story through the lighting and the video and everything? That’s where I always start with this show: what the story is, and how I can tell that story on the screen, so to speak, without it being like a movie — but tell it so people can hear the story and then be able to see some imagery [that puts] them in that time.

How long does it take you to plan a show like this, and when do you start planning it?

My design and my show change every year. So I have to come up with something different every year. I usually start during the tour, because the [next year’s] design has to be turned in by April, so management and everybody can look at it — approve it and see what I’m planning on doing. I’ll spend January and February drawing it out and making a small movie of the show. And then that’s how I present it to everyone every year. 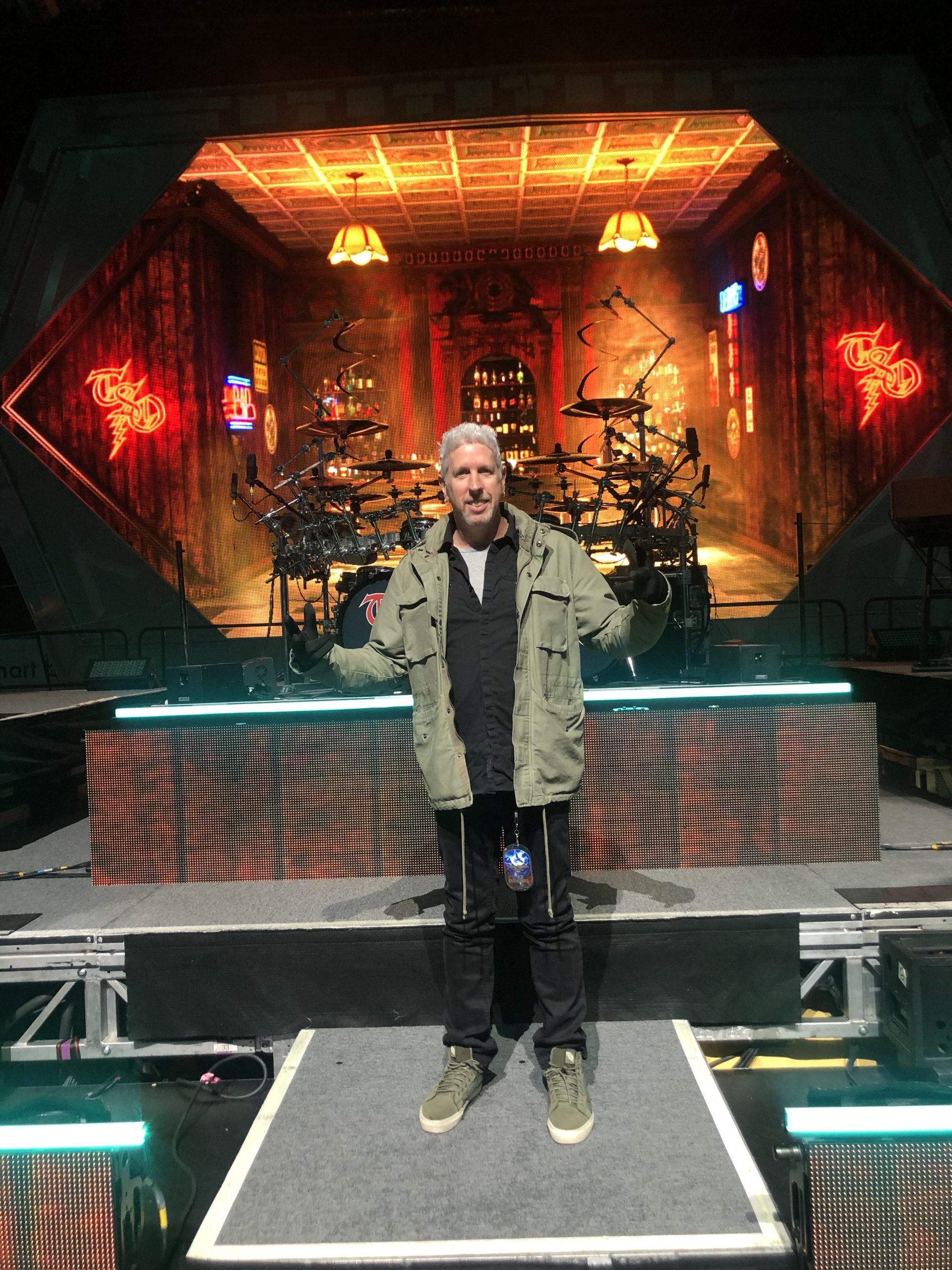 The songs are a little bit easier, because I don’t really play off the lyrics; I play more off the music. But with the narration of the story, I have to play off the words. I try to create a vibe for each narration.

You have to really listen to the words. Last year, the whole story was based inside a theater, where this little girl finds her way into a theater. So the set was a theater, and the narrator came out the doors. That’s how I try to figure out a way, a vibe, or where he’s talking from.

This story we’re doing now, I had to take little things, like bells. He was talking about ringing of the bells, so I did a little bell tower in there, [so there was] something to connect the words to the theme.

This year, I’ve got these projectors on these risers that rise up and then I project upon them. And I have these windows [that look] like windows with a curtain flowing as the narrators narrate the story. 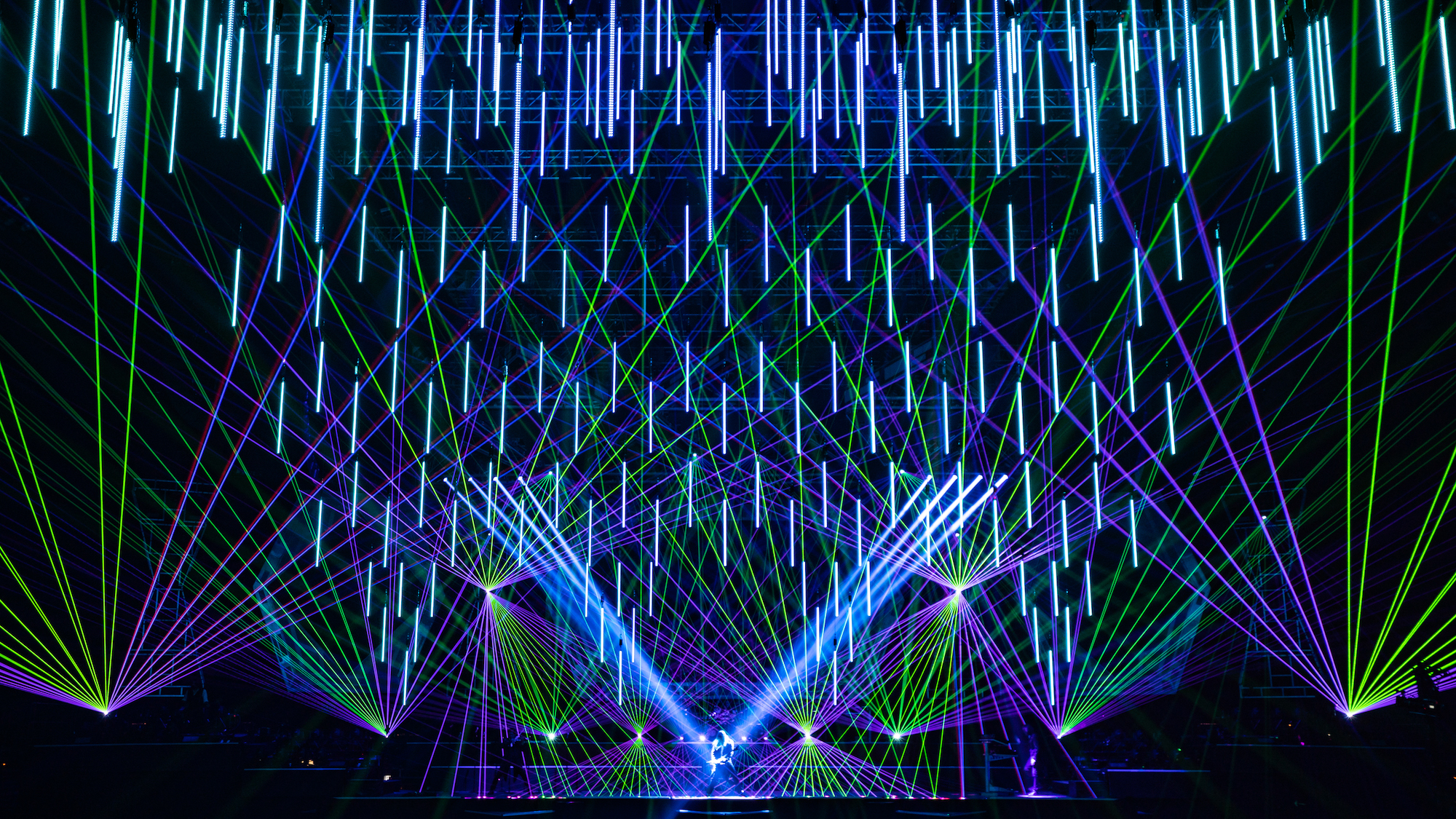 What was the impetus for you to get into lighting design originally?

I grew up in North Carolina. I played guitar in a band, and I happened to own all the lights and the sound and everything for my band. And then when my band broke up, I was probably about 20, 21.

A buddy of mine got a job with Joan Jett, and then he got me the [lighting designer/director] job through the guy who actually works with TSO — Elliot Saltzman; he’s the tour director. He was tour manager for Joan Jett when I started with Joan — it was the end of ’84 or ’85. We both started with TSO at the same time 20 years ago, because we both knew Paul O’Neill from the office where Joan Jett was managed from.

Then I used to work for Paul O’Neill’s other bands. I worked with Savatage in the late ’80s. When I worked for Savatage, we were touring with Megadeth—and I’ve worked for Megadeth on and off for 30 years too. It’s a nice little history intertwined with a lot of people.

How has technology evolved and changed in the last 20 years, and how has that affected the way the light show has evolved?

Every bit of it. The lights have gotten smaller but more powerful. So what we used to be able to put in ten trucks — nowadays because technology has gotten better, that whole ten trucks’ worth of stuff, you probably get [into] three trucks. So we’re able to have more stuff, because when the technology gets better and [lights get] smaller but more powerful, then we have room for other [things].

I put a Pink Floyd sphere in there and did it to the music, and it looks amazing. I’m very proud of that too — especially knowing that Paul really wanted those Tesla coils years ago.