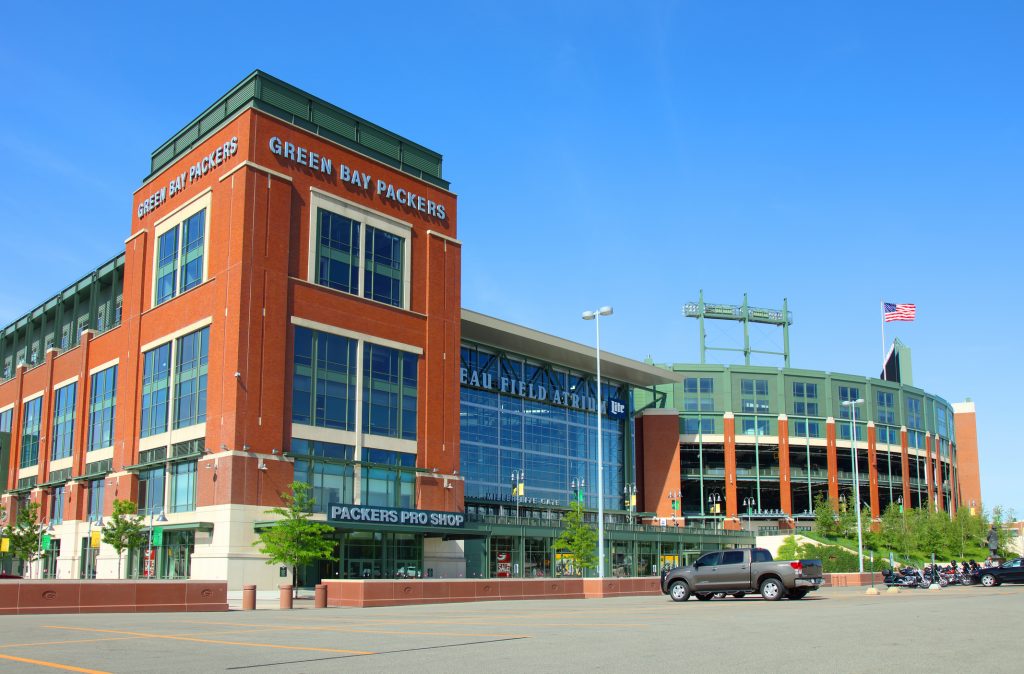 The Green Bay Packers open their 2019 NFL season on the road but have a Week 2 NFC North divisional matchup against the Minnesota Vikings (Sept. 15). After that, they have two more home games vs. the Denver Broncos (Sept. 22) in Week 3 and the Philadelphia Eagles (Sept. 26) on Thursday Night Football in Week 4.

The Packers have another divisional game against the Detroit Lions (Oct. 14) in Week 6 during prime time on Monday Night Football. They have a bye during Week 11 and their last home matchup is against the Chicago Bears (Dec. 15) in Week 15.

The Packers, founded in 1919, play at Lambeau Field in Green Bay, Wisconsin. The stadium seats over 81,000 and opened in 1957. The stadium is located on Lombardi Avenue, named in honor of former head coach Vince Lombardi who won five NFL championships with the team. Packers players sometimes jump into the end zone stands after scoring a touchdown and the celebration is affectionately called the “Lambeau Leap.”