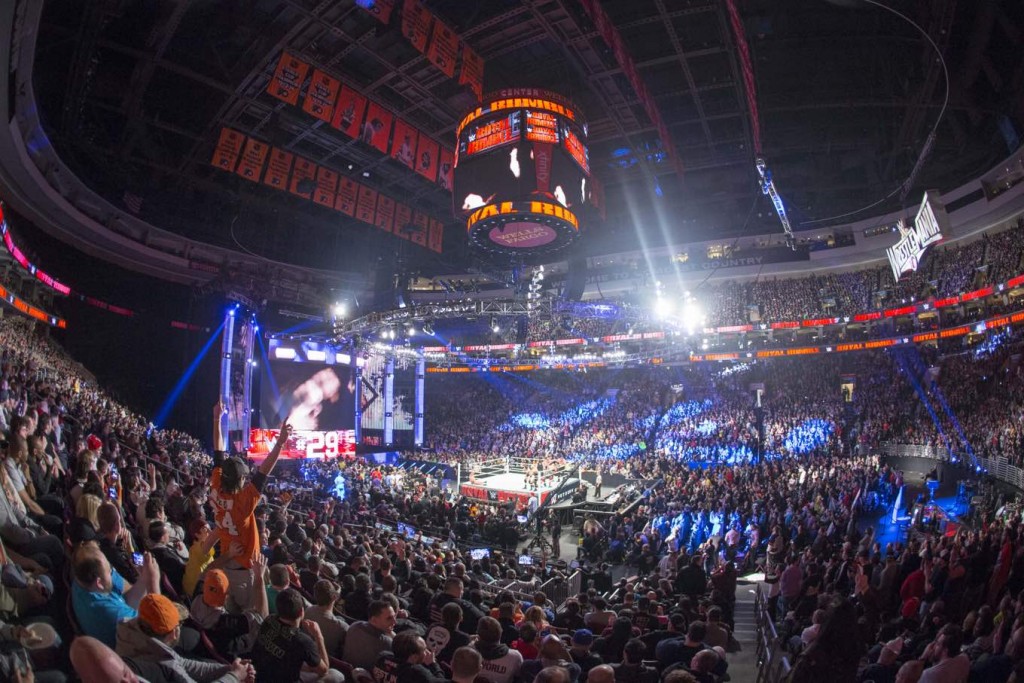 The WWE has been the world’s heavyweight champion of sports-entertainment for decades now.  With a gigantic roster of impressive athletes and colorful personalities, people from all walks of life are able to connect with the WWE in a special way. Whether you love to see Rollins send someone through a table, or the Divas strut their stuff, there is something for everyone when it comes to the world of professional wrestling events near you.

Yes, the #WWEUniverse is a big one, and within it: countless stars. However, it’s not simply the wrestlers that make it shine, it’s the fans too! Just look at all of the talent and hard work that goes into all of this awesome artwork in this week’s Fan Art Friday:

Check out @RobertMSherman’s knock-out sketch of the Intercontinental Champ, Kevin Owens holdin’ up that belt like he means it! Dope.

@Jmarkart’s eerie portrait of the Bray Wyatt and the Wyatt Family is good enough to haunt your dreams.

Seeing Seth Rollin’s in comic book form just seems way too natural…maybe he has a side gig fighting crime that we just don’t know about yet? Hmm… Awesome stuff @Robertdahlstrom.

What a Stone Cold Stunner of a piece this is! Legendary portrait for a legendary wrestler by @Chaoticcolor.

Didn’t think we’d forget about the Divas did you? Had to include @punkrockbgmouth’s #KickLass sketch of the beautiful Becky Lynch.

Ok, it’s time….Paige needs her very own Glampire Diva cartoon show on Saturday mornings. Artist @artofwilbeats just proved it with this one!

There is so much more where that came from, just check the #WWEfanart hashtag and see for yourself. Thank you to all you talented fans out there in the WWE Universe, you guys are incredible!

Don’t forget, WWE Live is coming to a city near you! Check out these dates and don’t miss your chance to see all of the action up close and personal. It’s sure to be electrifying.