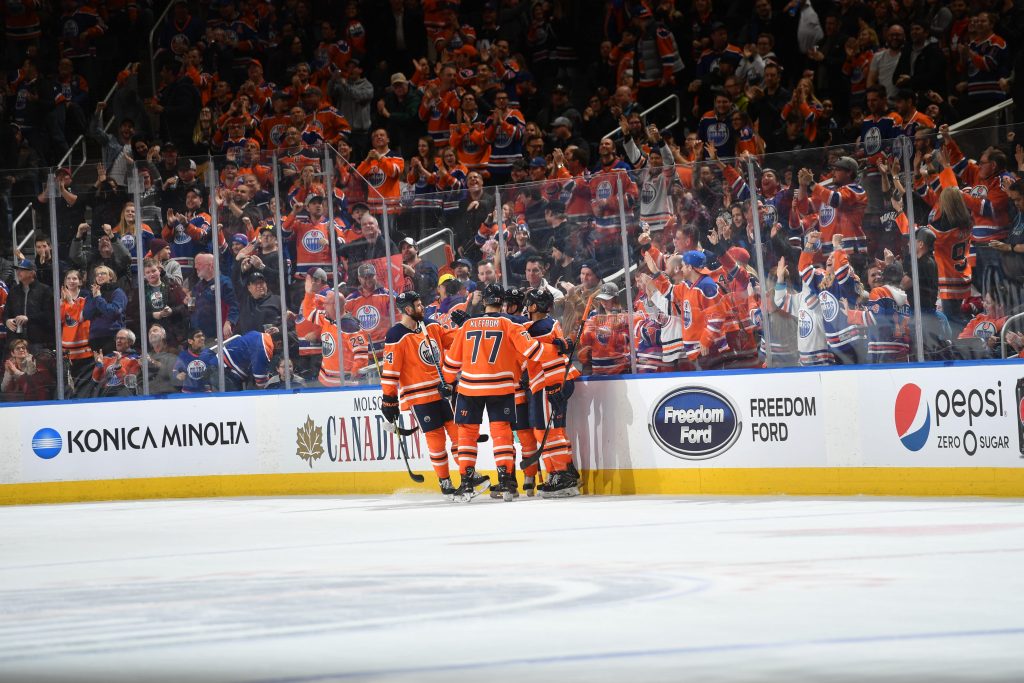 The Edmonton Oilers open the 2019-20 season at home against the Vancouver Canucks (Oct. 2). Their home schedule includes many early marquee matchups.

There are more exciting matchups at Rogers Place, including Jack Eichel and the Buffalo Sabres (Dec. 8), Toronto Maple Leafs (Dec. 14), the Montreal Canadiens (Dec. 21), and a New Year’s Eve game against the New York Rangers (Dec. 31). The Oilers play their final home game against the Vegas Golden Knights (March 31).

The Oilers, founded in 1971, play their games at Rogers Place, which is owned by the City of Edmonton and was completed in 2016. For NHL and WHL hockey games, the arena seats more than 18,000 attendees. (The venue also hosts concerts and basketball games.) Fans arrive to Rogers Place, and its 9-foot-tall bronze Wayne Gretzky statue, by city bus or via MacEwan Station on the Metro Line. The Oilers have won the NHL’s Stanley Cup® five times.

Stay up to date on the Oilers all season on Twitter @EdmontonOilers.