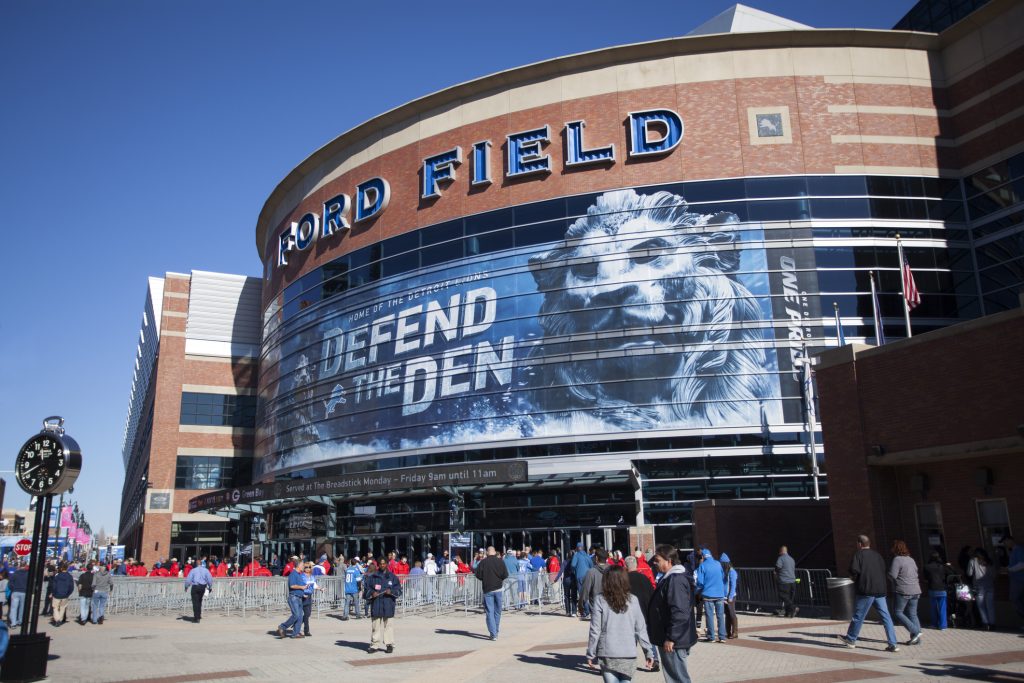 The Detroit Lions open their 2019 NFL season on the road and their first home game is Week 2 against the Los Angeles Chargers (Sept. 15). They face another 2018 playoff team at home with the Kansas City Chiefs (Sept. 29) during Week 4. Detroit has a bye in Week 5.

The Lions get into their divisional schedule after the bye. The first home NFC North divisional matchup is Week 7 against the Minnesota Vikings (Oct. 20), followed by Week 11 vs. the Dallas Cowboys (Nov. 17). They have the first game on Thanksgiving day at home against the Chicago Bears (Nov. 28) in Week 13. And they end the season at home in a pivotal matchup against the Green Bay Packers (Dec. 29).

The Lions, founded in 1930, play at Ford Field in Detroit, Michigan. The stadium seats 70,000 and opened in 2002. It is located in downtown Detroit next to Comerica Park where the MLB’s Detroit Tigers play. Unlike most domed stadiums, Ford Field allows a lot of natural light to reach the field due to massive skylights and large glass windows at the open corners. The ceiling windows are frosted to mimic Detroit’s automotive factories.

The Best Things to Do in Your Stadium Before NFL Kickoff

Elevate your NFL gameday experience by exploring all that stadiums have to offer.