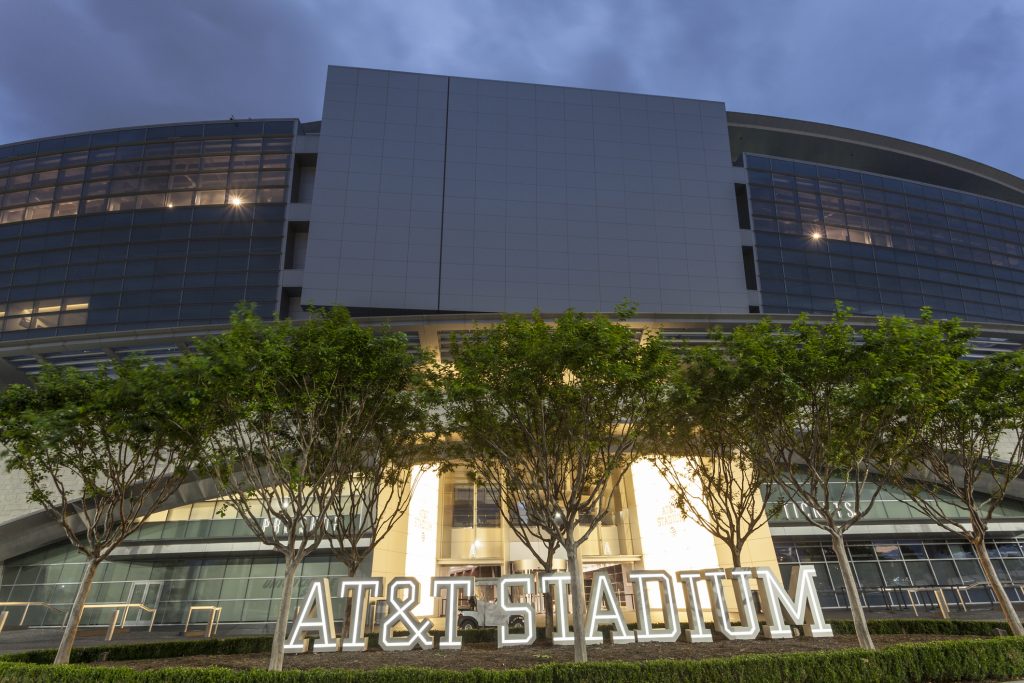 The Dallas Cowboys emerged as the division winner in a tight NFC East race last season. All six of their division games in 2019 come in three separate back-to-back sets spread throughout the season.

The Cowboys open their 2019 NFL home schedule against the New York Giants (Sept. 8) during Week 1. Their prime time home games include Week 7 vs. the Philadelphia Eagles (Oct. 20) and Week 10 vs. the Minnesota Vikings (Nov. 10). The Cowboys play on Thanksgiving Day against the Buffalo Bills (Nov. 28). Dallas has a bye week in Week 8. The Week 17 matchup against the Washington Redskins (Dec. 29) is a key divisional game to end the season.

The Cowboys, founded in 1960, play at AT&T Stadium in Arlington, Texas. The stadium opened in 2009 and seats 80,000. Often called “Jerry World” after team owner Jerry Jones, the stadium boasts a retractable roof and gigantic high-definition video screen that spans above the 20-yard line to 20-yard line. The Cowboys are known as “America’s Team” due to their national following.