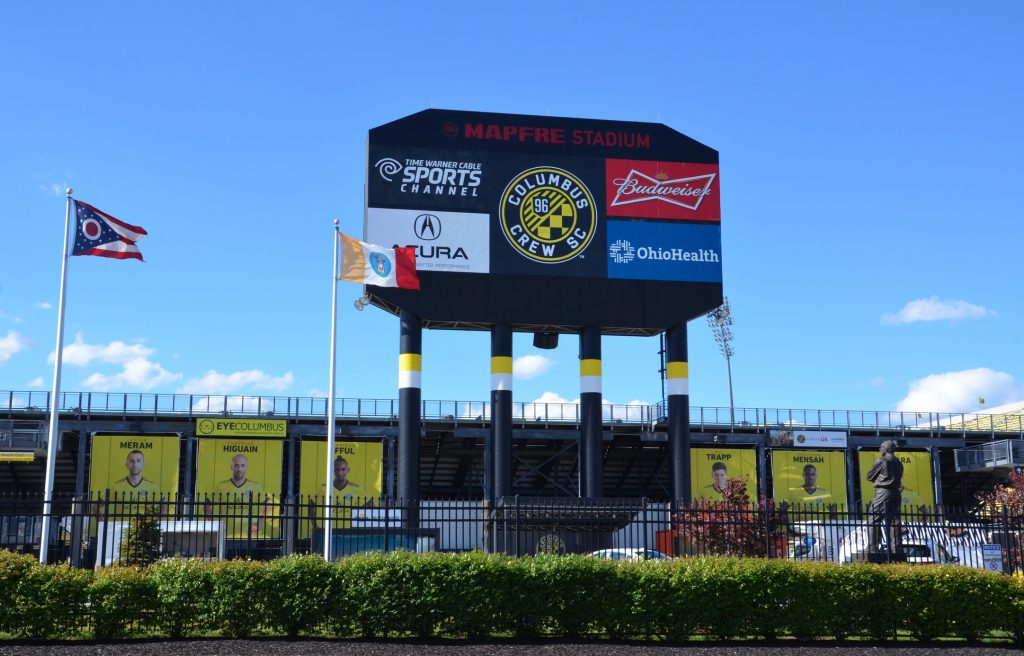 Columbus Crew SC was one of the 10 original members of Major League Soccer when the league was founded in the 1990s. Their first game in franchise history was a dominant 4-0 win over D.C. United, and they advanced to the playoffs in their first season.

In 1999, the Crew moved into a new stadium. It was simply known as Columbus Crew Stadium, and it was the first stadium in the U.S. built specifically for soccer. Their first game in the new stadium was a sellout, and the Crew beat the New England Revolution in a shutout. The Crew’s new home was renamed MAPFRE Stadium in 2015.

The Crew have maintained a consistent level of success from the beginning, qualifying for the playoffs seven times in their first nine seasons. They won their first and only MLS Cup title in 2008, defeating the New York Red Bulls. They continue to be a regular staple in the postseason, and are coming off a season in which they made it to the conference semifinals.