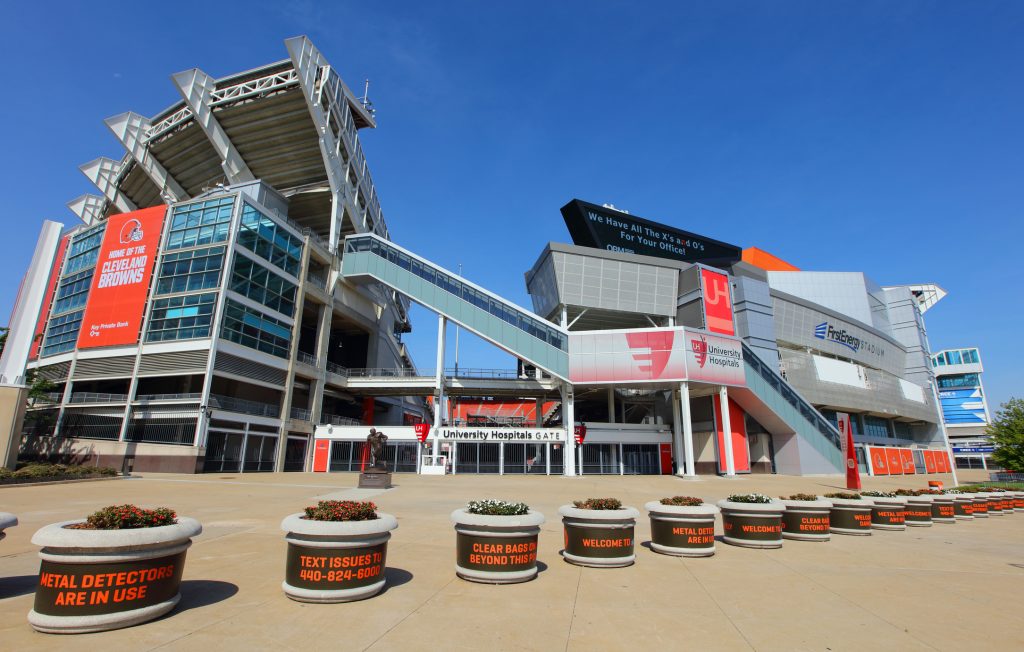 The Cleveland Browns open their 2019 NFL season at home against the Tennessee Titans (Sept. 8) in Week 1. They face the defending NFC champion Los Angeles Rams (Sept. 22) at home on Sunday Night Football  in Week 3. They square off against another 2018 playoff team with the Seattle Seahawks (Oct. 13) during Week 6 before a bye in Week 7.

The Browns have six of their 10 games at home after the bye. Three of those six home games are against AFC North opponents with the Pittsburgh Steelers (Nov. 14) in Week 11, the Cincinnati Bengals (Dec. 8) in Week 14, and the Baltimore Ravens (Dec. 22) in Week 16.

The Browns, founded in 1944, play at FirstEnergy Stadium in Cleveland, Ohio. The stadium seats over 67,000 and opened in 1999 in downtown Cleveland between Lake Erie and the Cleveland Memorial Shoreway. Passionate Browns fans can be found in the “Dawg Pound,” a bleacher section behind the east end zone.