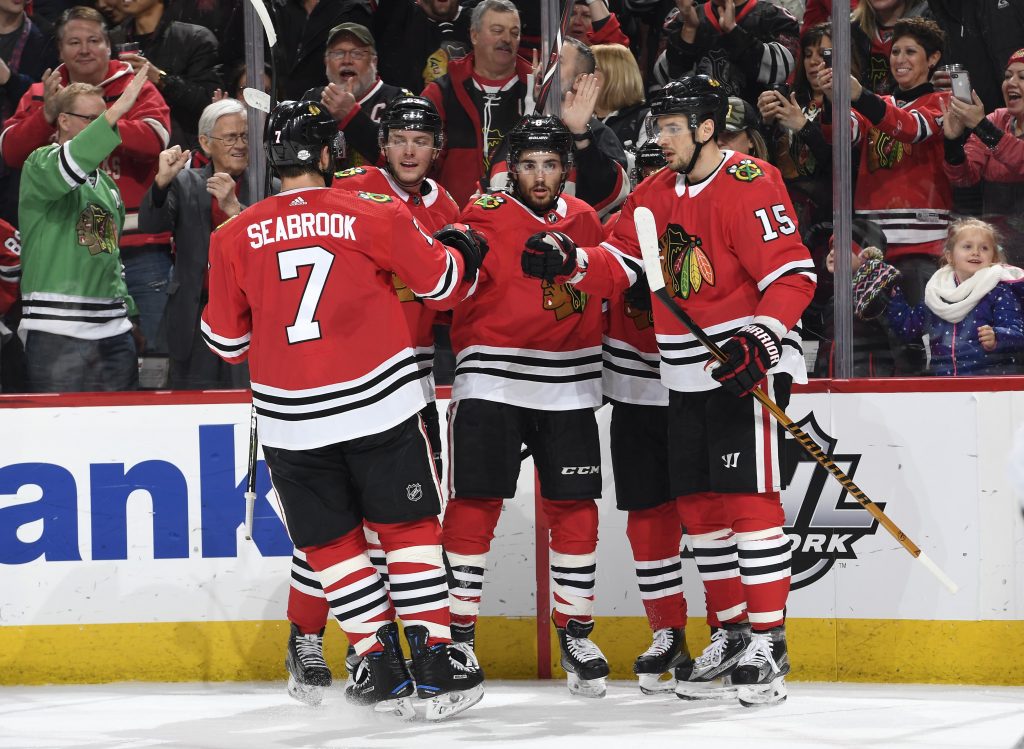 The Chicago Blackhawks start the 2019-20 season in Prague, Czech Republic as part of the 2019 NHL® Global Series against the Philadelphia Flyers (Oct. 4) but their home opener is against the San Jose Sharks (Oct. 10).  It’s the start of seven straight games at United Center until Oct. 24 as the longest homestand of the season.

Fans could be happy to hear the Blackhawks have 19 of 41 home contests on weekends, including six on Friday, two on Saturday, and 11 on Sunday.  They host two games against the Anaheim Ducks, Edmonton Oilers, Los Angeles Kings and San Jose Sharks. They play one home game against the Arizona Coyotes, Calgary Flames, Vancouver Canucks, and Vegas Golden Knights. They meet each Eastern Conference team once at home and once on the road.

The Blackhawks, founded in 1926, are one of the members of the Original Six™. The other members of that group are the Toronto Maple Leafs, Boston Bruins, Detroit Red Wings, Montreal Canadiens, and New York Rangers.

The Blackhawks play at the United Center in Chicago, Illinois, which has been their home since 1995. They have won a total of 16 division championships and four conference titles. They have won six Stanley Cup® Championships, most recently in the 2014-15 season. They also have been awarded two Presidents’ Trophies as the League’s best regular-season team.

Stay up to date on the Blackhawks all season on Twitter @NHLBlackhawks.