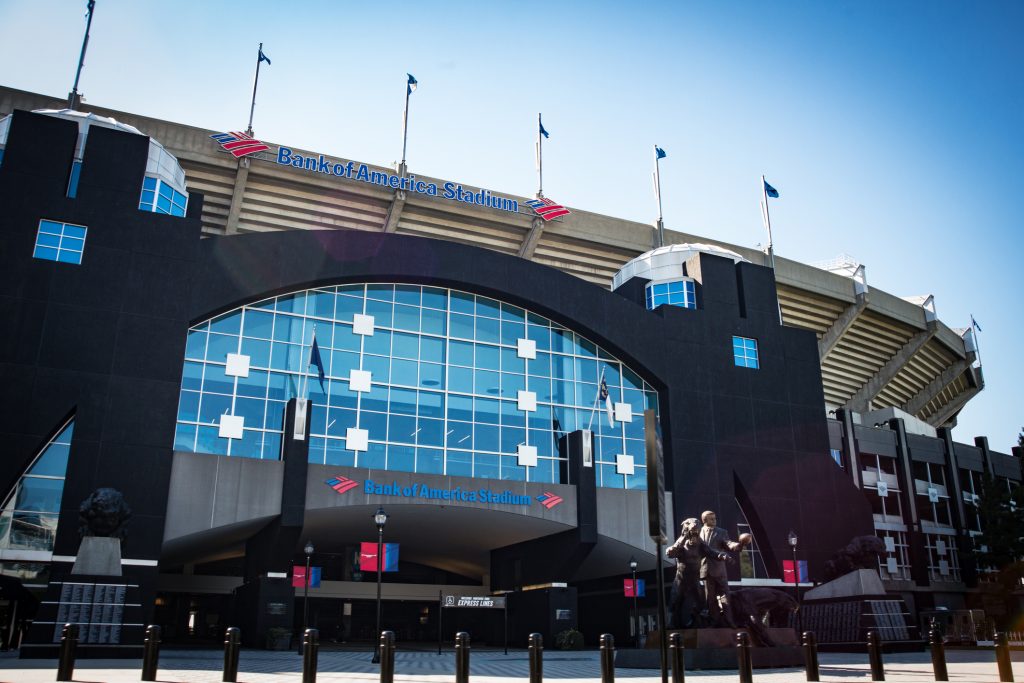 The Carolina Panthers open their 2019 NFL season at home against the defending NFC champion Los Angeles Rams (Sept. 8). Their first divisional matchup comes at home in Week 2 on Thursday Night Football against the Tampa Bay Buccaneers (Sept. 12). The next home game is Week 5 against the Jacksonville Jaguars (Oct. 6).

Carolina has a bye week in Week 7. The Panthers end the season against three teams coming off playoff runs, including home games against the Seattle Seahawks (Dec. 15) in Week 15 and the New Orleans Saints (Dec. 29) in Week 17.

The Panthers, founded in 1993, play at Bank of America Stadium in Charlotte, North Carolina. The stadium seats more than 75,000 and opened in 1996. Carolina is one of the few NFL teams to own the stadium it plays in, which has a classic bowl design and three main entrances that incorporate the team’s colors of black, blue and silver. Look closely at the upper deck and you can see the shape of half of a football from arches that connect column supports.