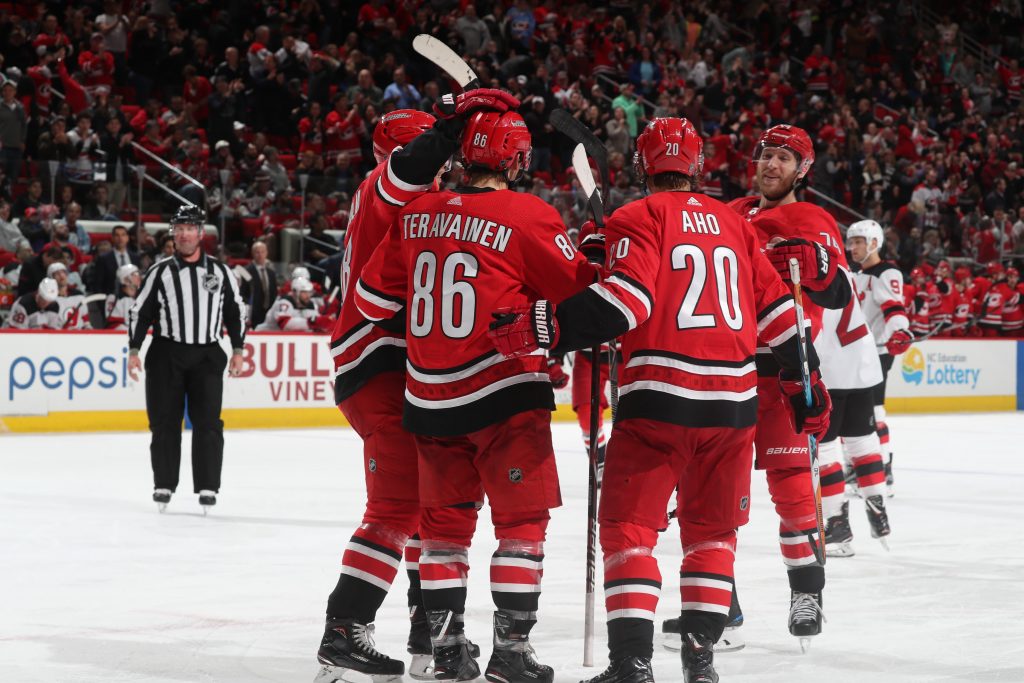 The Carolina Hurricanes start the 2019-20 season against the Montreal Canadiens (Oct. 3). Fans will be happy to hear they play 27 of their 41 home games on Fridays, Saturdays or Sundays.

Their home schedule features four homestands of three games or more, including a seven-game homestand from Dec. 28 to Jan. 11. That homestand begins a stretch where the Hurricanes play 12 out of 14 games at home, concluding with an afternoon game on Super Bowl Sunday against the Vancouver Canucks (Feb. 2).

The Hurricanes, founded in 1972, play at PNC Arena in Raleigh, North Carolina. They are a member of the Metropolitan Division in the Eastern Conference, along with the Washington Capitals, Pittsburgh Penguins, Philadelphia Flyers, Columbus Blue Jackets, New Jersey Devils, New York Islanders, and New York Rangers.

Stay up to date on the Hurricanes all season on Twitter @NHLCanes.