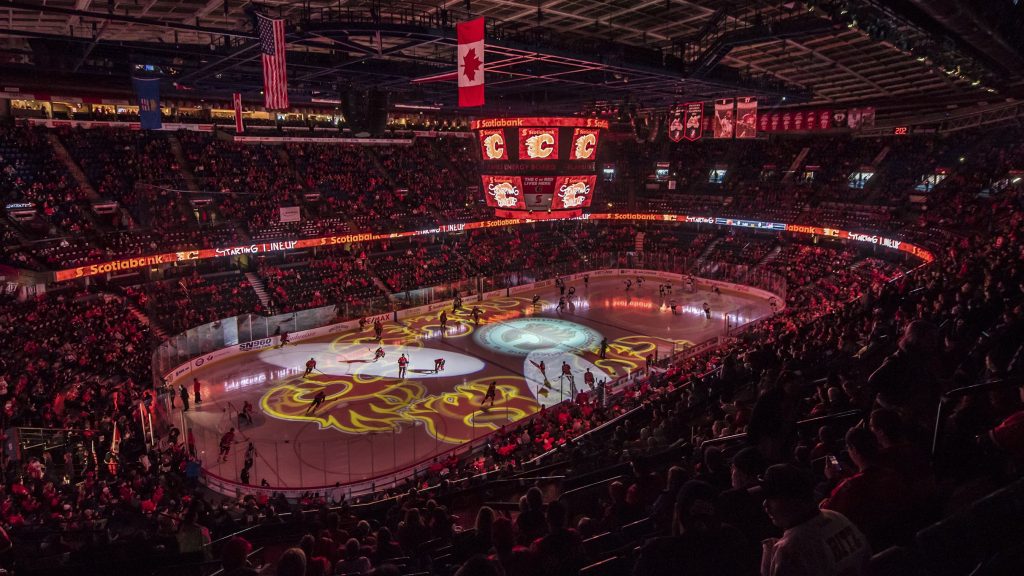 The Flames play each divisional opponent four times, with the exception of the Edmonton Oilers who they face five times. They play each Central Division opponent three times and play all Eastern Conference opponents twice (once home and once away). Notable home games in December include the Toronto Maple Leafs (Dec. 12), Pittsburgh Penguins (Dec. 17), and a New Year’s Eve matchup against the Chicago Blackhawks (Dec. 31).

Their longest homestand of the season is five games from March 4-14, which includes the Columbus Blue Jackets, Arizona Coyotes, Vegas Golden Nights, the New York Islanders, and Winnipeg Jets. The Eastern Conference Canadian teams play at the Scotiabank Saddledome once each with the Ottawa Senators (Nov. 30) and Montreal Canadiens (Dec. 19).

Founded in 1972 as the Atlanta Flames and playing in Calgary since 1980, the Calgary Flames play in the National Hockey League. Their home arena is the Scotiabank Saddledome, which was the ice hockey venue of the 1988 Winter Olympics and currently seats 19,289. The Flames have been to the Stanley Cup Final three times (1986, 1989, and 2004), winning in 1989. This is the Flames’ second season under head coach Bill Peters, previously the head coach for the Carolina Hurricanes.

Stay up to date on the Flames all season on Twitter @NHLFlames.