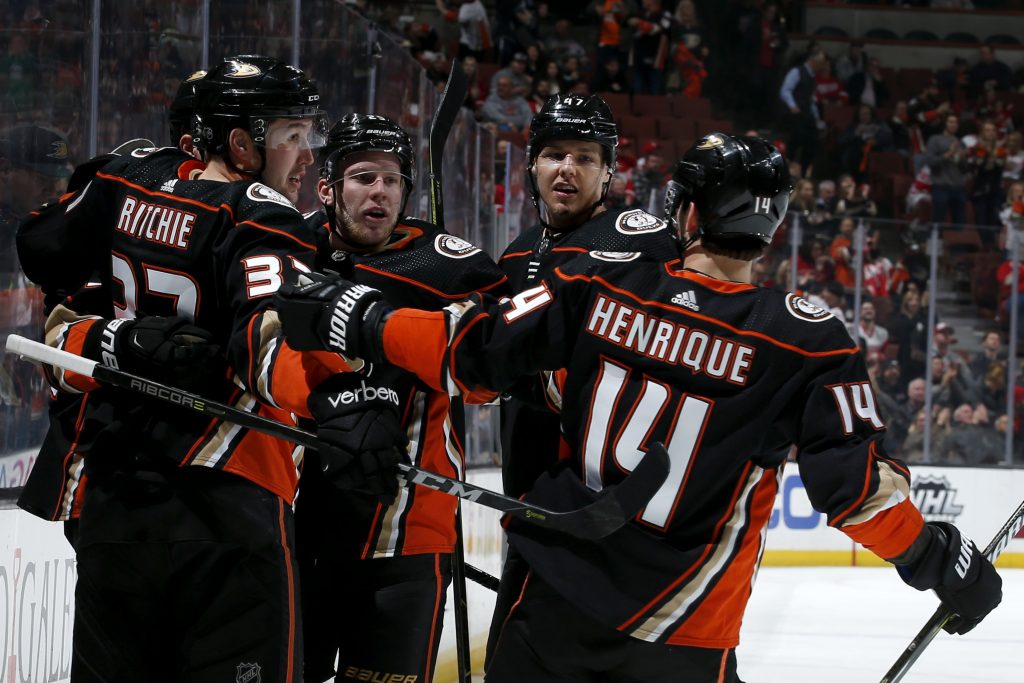 The Anaheim Ducks begin the 2019-20 season with the Arizona Coyotes (Oct. 3) in their home opener. The Ducks once again host all 30 NHL® opponents at Honda Center in their home schedule. They play 29 games within the Pacific Division, 21 against Central Division opponents, and 32 overall in the Eastern Conference.

The Ducks have 21 home weekend games, including 11 on Friday night, one on Saturday night, and nine on Sunday. The five-game Freeway Faceoff with the Los Angeles Kings includes three home games on Dec. 2 and 12 as well as Apr. 3. Additional home schedule highlights include a day-after Thanksgiving game vs. the Winnipeg Jets (Nov. 29), along with contests against the New York Rangers (Dec. 14), Pittsburgh Penguins (Feb. 28), Boston Bruins (Mar. 18), and the Stanley Cup® Champion St. Louis Blues (Feb. 11).

The Ducks, founded in 1993, play at the Honda Center in Anaheim, California. They are members of the Pacific Division of the Western Conference, along with the Arizona Coyotes, Calgary Flames, Edmonton Oilers, Los Angeles Kings, San Jose Sharks, Vancouver Canucks, and Vegas Golden Knights. The Ducks have made the Playoffs 11 times in 13 seasons. They won the Western Conference twice, in the 2002-03 and 2006-07 seasons, and they won the Stanley Cup in 2006-07.

Stay up to date on the Ducks all season on Twitter @AnaheimDucks.