2020 Arts & Theater Preview: The Biggest Shows of the Year 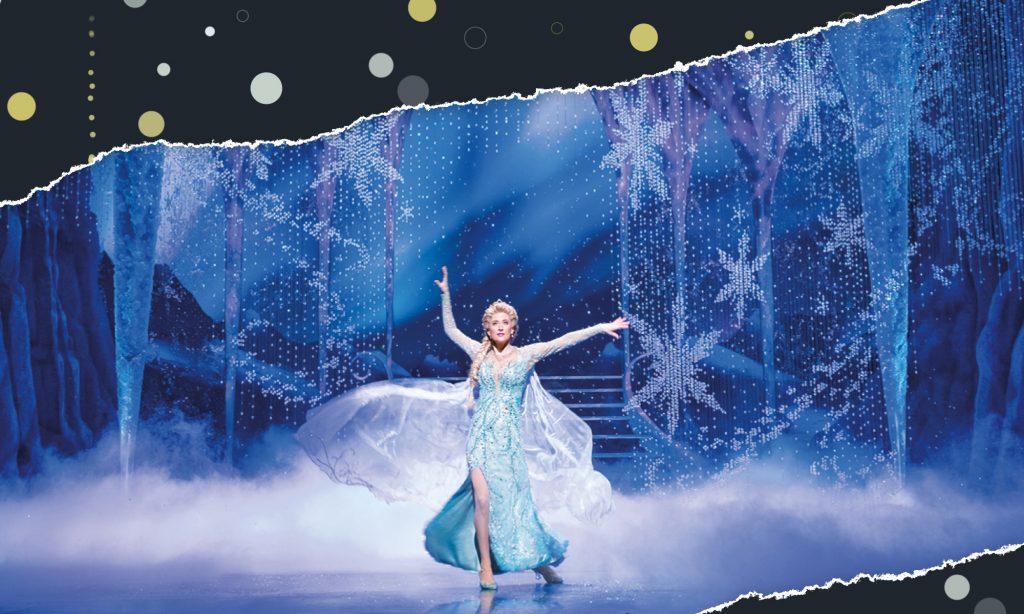 In 2020, a promising assortment of popular and critically acclaimed productions will arrive on Broadway, hit the road or both. If you enjoy dramatic, reality-based tours de force, don’t miss The Lehman Trilogy. And if you thrive on fun and fizzy spectacles, Moulin Rouge! is the musical for you. British history and Greek myths get the musical treatment in Six and Hadestown, respectively, while Frozen will be a must-see for Disney-infatuated kids and parents alike.

The coolest Disney extravaganza to come down the pike, Frozen has evolved from a hit 2013 movie into a spectacular musical. Continuing its national tour, Frozen features Caroline Bowman as Elsa, Caroline Innerbichler as Anna, and Bowman’s husband, Austin Colby, as evil Prince Hans. Songs like “Vuelie,” “Do You Want to Build a Snowman?” and “Love Is an Open Door” offer a musical banquet amid the Scandinavian storybook castle in which much of the musical takes place.

Go to hell and back in fall 2020 during the 30-city national tour of Anaïs Mitchell’s “sumptuous, hypnotic” (The New York Times) interpretation of the Orpheus and Eurydice myth. Earth is a saucy New Orleans speakeasy and Hades a demonic inferno in Mitchell’s retelling. The highest-grossing musical in the history of Broadway’s Walter Kerr Theatre, Hadestown features a high-stepping cast, a raucous seven-piece onstage band and a gorgeous set design. Directed by Rachel Chavkin (Natasha, Pierre & the Great Comet of 1812), Hadestown earned eight Tony Awards, including Best Musical and Best Original Score.

This acclaimed play “worth selling your gilt-edged securities for” (The New York Times) chronicles the dramatic rise and spectacular fall of one of America’s leading investment banks. The tiny yet terrific original cast — Simon Russell Beale, Ben Miles and Adam Godley — portray the multigenerational Lehman family in a play that takes place largely inside a giant glass box. England’s National Theater produced this wickedly intelligent show directed by Sam Mendes, which moves to Broadway’s Nederlander Theater in March before embarking on a national tour.

With more than 70 songs — from Elton John to the Pointer Sisters to The Sound of Music — either performed or referenced, there’s an excellent chance you’ll hear at least one of your favorites during this extravagantly appointed bender of a jukebox musical hitting the road in November. Based on Baz Luhrmann’s film of the same title, Moulin Rouge! proves there’s no success like excess. Fireworks, confetti and glittering bedazzlement guarantee a wild, evening-long Parisian spree, minus the morning after.

British history goes pop in the musical Six, which arrives on Broadway next year in the wake of a social-media and streaming frenzy spurred by its 2019 U.S. tour and sold-out twelve-week run at the Chicago Shakespeare Theater. The half-dozen divorced, beheaded and (occasionally) surviving wives of Henry VIII tell their respective stories in high-voltage songs inspired by Adele, Ariana Grande, Rihanna and others in a Beyoncé-beholden staging. Featuring an all-female cast and band, Six was deemed “the most uplifting piece of new British musical theatre” by London’s Evening Standard.